Fifteen security expert organisations from eleven European countries have joined forces in iProcureNet, out of which ten are procurement agencies:

The French Ministry of Interior (Ministère de l’Intérieur, MININT) is at the heart of the state’s action throughout the country to serve the French people’s needs and meet their expectations in the area of safety and security. The Ministry of Interior is also in charge of relations between the central and local governments and issues related to legal and illegal immigration.

The Ministry of Interior ensures that law enforcement services (police and gendarmerie) are able to carry out their missions of safeguarding both people and property and managing emergencies and crisis situations (firefighters). 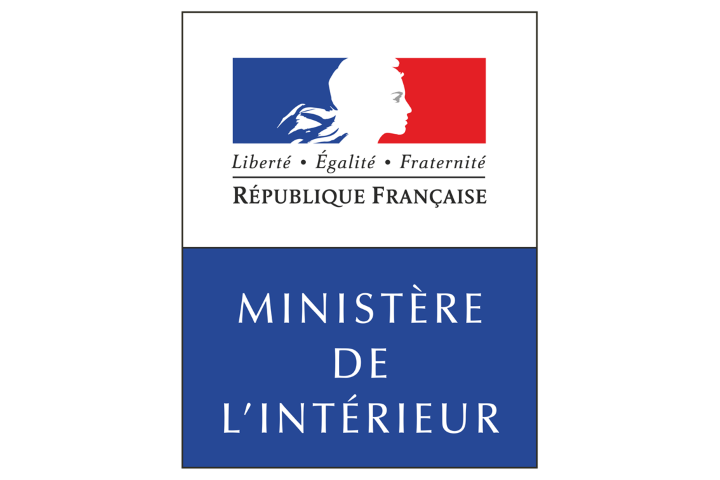 MININT acts as the IPNC for France.

ARTTIC assists clients from all business and research sectors, small and large, private and public, to ensure the success of their collaborative research & innovation ventures. During close to 32 years of success, ARTTIC developed and demonstrated expertise in the set-up and management of to date 400 large-scale ambitious projects of which 96 were successful under H2020 calls.

Based on its long-standing experience in a range of funding programmes across scientific and technological domains, ARTTIC helps clients to move from strategic plans to effective competitive research and development of innovative solutions, resulting in successful applications and businesses.

ARTTIC is a company of the PNO Consultants group, the European leader for consultancy in innovation and funding. 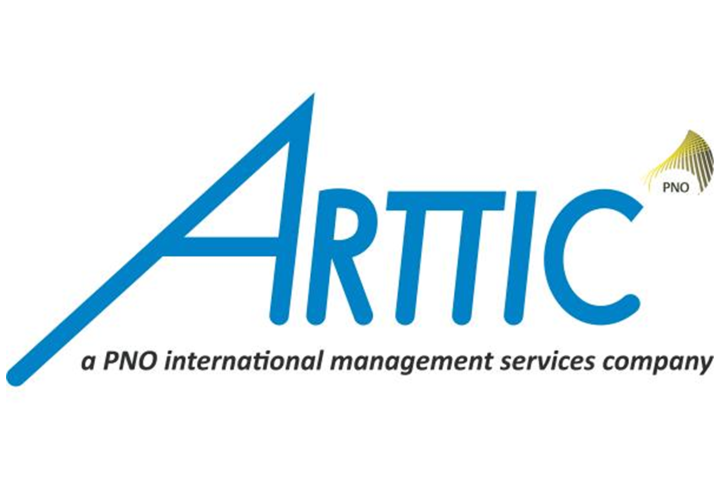 ARTTIC is in charge of the iProcureNet network secretariat activities as well as the community management, impact, communication and dissemination related activities.

PPA is developing cooperation with other national authorities, local government units, public organizations, citizens and their communities, and other countries and international law enforcement bodies. 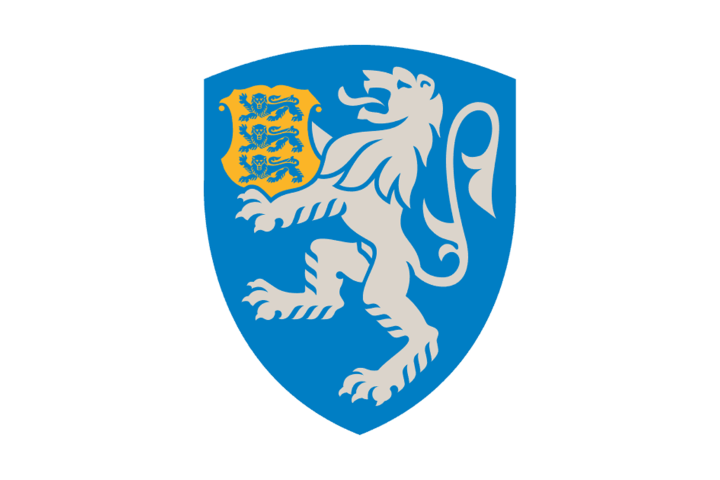 PPA leads the iProcureNet feasibility study for the potential areas for common procurement. In addition, PPA, as the procurement organisation and practitioner in internal security domain, gives input to requirements and priorities for the areas of possible common procurement for the police as well as for the border guard.

PPA acts as the IPNC for Estonia.

The Spanish National Police Force (Policía Nacional-PN) is a police force (LEA) born in 1824. PN has been growing up as police force from its origin to the present day. Currently, it includes more than 64.000 police officers and is a Law Enforcement Agency with competences in all Spanish territory.

One of the PN strategic lines in home security is to achieve a police force more dynamic, more efficient and more intelligent use of new technologies and new working methods to be more effective. 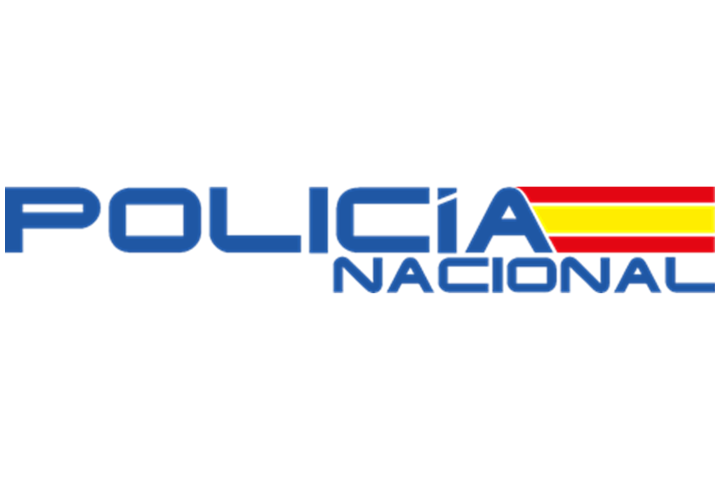 The Cyprus Civil Defence (CCD) is a state service whose main mission is the protection of civilian population. Civil Defence:

– is responsible for dealing with the effects of natural or man-made disasters;

– cooperates on specific projects with other essential services, such as the Police, Fire Department, Department of Forests, Water Development Department and more;

– supports the continuation of the well-functioning of the state in case of emergency or disaster. 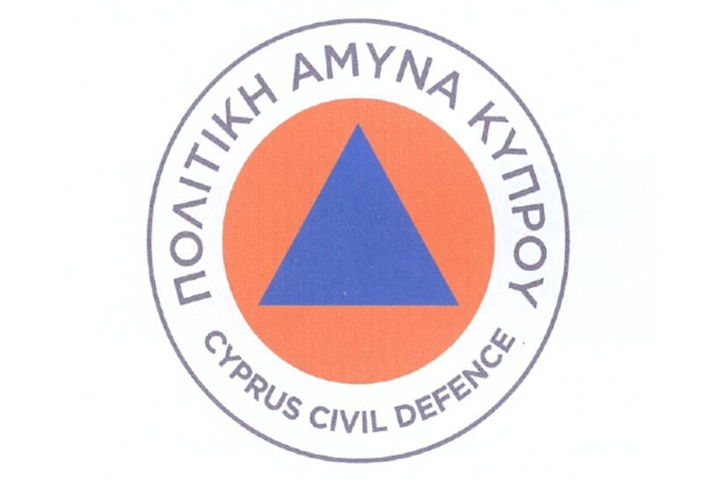 CCD acts as the IPNC for Cyprus.

The Police Force of the Republic of Hungary, amongst other missions,

– attends to tasks related to producing, selling and using certain devices and substances which are dangerous to public security. 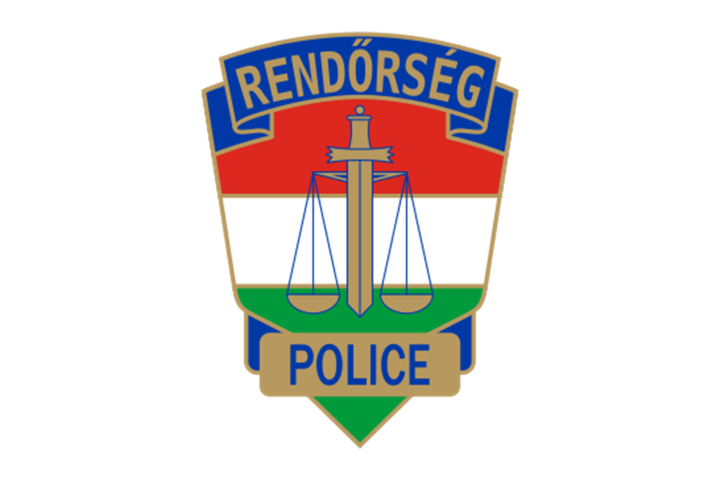 HNP acts as the IPNC for Hungary.

ISEMI is a non-profit organisation providing publicly beneficial services. It is registered within the Ministry of Interior of the Slovak Republic. ISEMI is a professional platform of former or active police and national security officers, soldiers, civil protection and crisis management experts from around the world, with necessary security clearance and relevant long-term experiences in crime prevention, counter-terrorism and CBRN-E threats, in the fight against organize crime, environmental crime, trafficking in human beings, cybercrime and drugs smuggling.

ISEMI’s team has also a wide experience in intelligence analysis, in border protection, rescue and emergency assistance, health protection, as well as in the field of justice and prosecution. 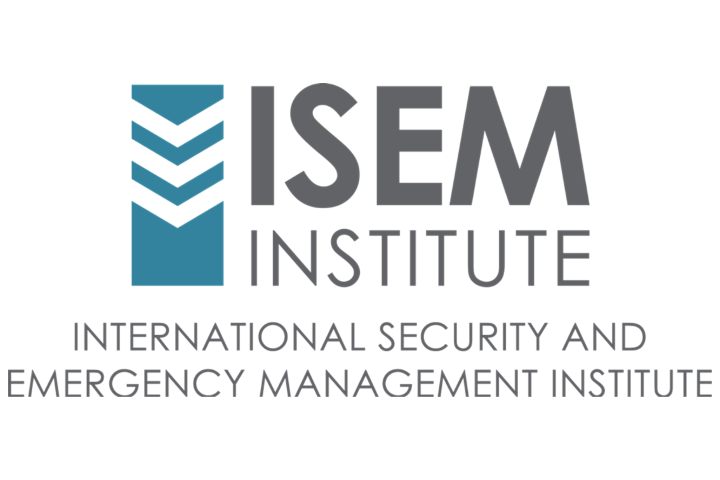 ISEMI supports networking of several end-user bodies not only on national, but also international level as well as best practice and experience sharing; collects needs of end-users, analyses them from the point of view of PP and finds/proposes solutions; supports the project related to project meetings, tests, demonstrations etc. ISEMI also contributes to dissemination and exploitation activities.

The Agency for Science, Innovation and Technology (MITA) is the main governmental institution, responsible for implementation of innovation policy in Lithuania. Until 2015 the focus of MITA was the promotion of cooperation between science and business.

Since 2015 MITA is the entitled coordinating authority for PCPs. Therefore, since 2015 MITA is responsible for promotion of innovation in public sector, as well as in security related public organisations. 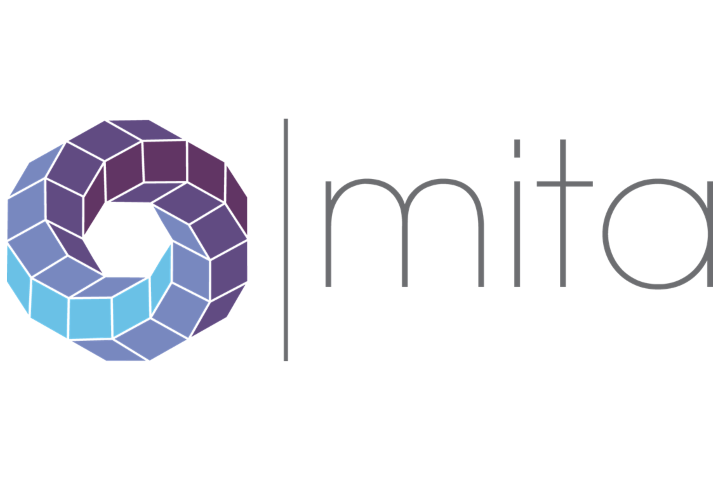 As a national competence centre for security related innovation procurement, MITA helps to identify the areas or innovative products that could be bought by implementing PCP or PPI.

MITA acts as the IPNC for Lithuania.

JERA is an independent company specialised in innovation, working with both the public and private sector. Director Gaynor Whyles is a leading European expert in innovation procurement. JERA works across many technology sectors including security, ICT, smart cities, energy and healthcare. 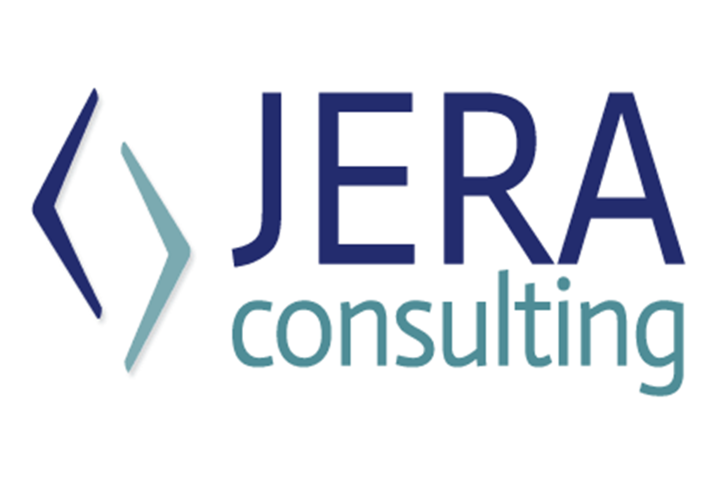 JERA brings to iProcureNet its expertise related to the procurement of innovation. JERA is responsible for the iProcureNet webinars and trainings.

PJ has exclusive competence in, among others: cybercrime, State security offences, drugs trafficking, money laundering, fraud in obtaining a subsidy, grant-in-aid or credit or their misappropriation, corruption, economy and finance-related offences, terrorism, slavery, kidnapping, hostage-taking, and robberies perpetrated in credit institutions or in Public Treasury offices. 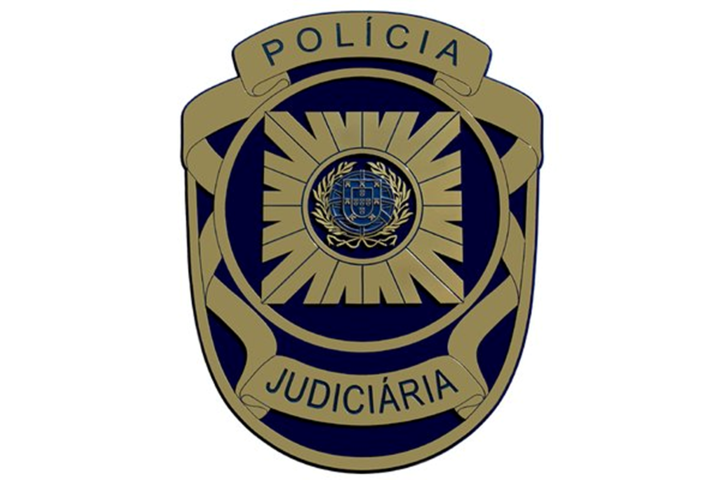 PJ acts as the IPNC for Portugal. 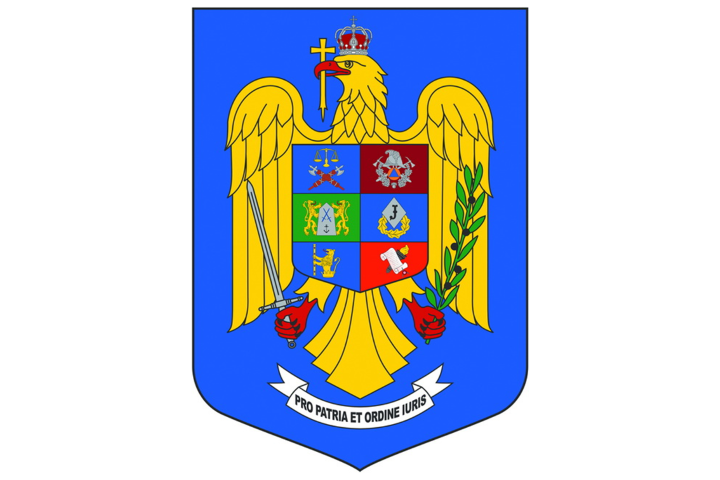 RMIA acts as the IPNC for Romania.

It provides input and feedback to all iProcureNet activities, including workshops, the Toolbox and the Knowledge Factory. It also provides support for the dissemination of project outcomes.

The University of Tartu (UT) is Estonia’s leading centre of research and training. Involved in the iProcureNet is the School of Law – the number one law school in Estonia, ranked among top 300 in the world according to QS Subject Rankings 2019. The School of Law publishes two law reviews: Juridica and Juridica International, has ample experience in international research projects, and regularly organizes academic events.

I.a., the School of Law collaborated with the University of Nottingham in preparing the renowned conference Public Procurement: Global Revolution, in 2017 and 2019. Besides legal studies in Estonian, the School of Law offers English language Master’s programs in IT Law, and International Law & Human Rights. 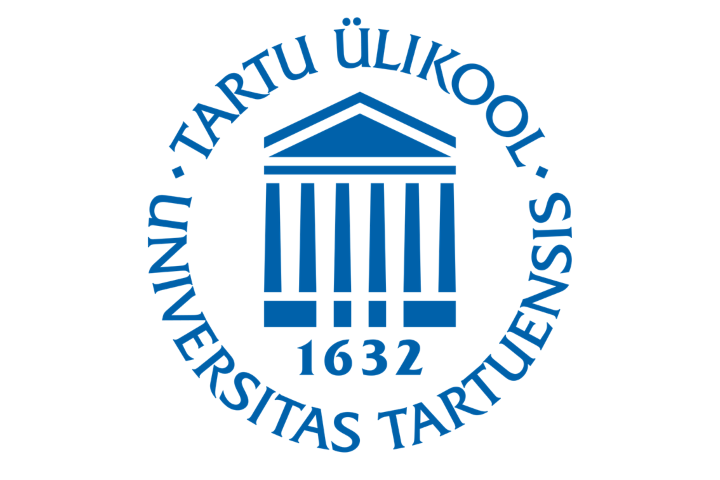 UT leads and contributes to tasks related to legal and contractual issues of procurement. Its role is to provide knowledge about legal issues that are critical to successfully conducting collaborative cross-border security procurement in consortium Member States.

The Defense Institute “Professor Tsvetan Lazarov” is a research, design and experimental and expert technical unit at the Ministry of Defense headquarters in Sofia, Bulgaria.

The institute was created by decree #140 of 04 June 2009 as a legal entity under article 60 of the Administration Act to the MoD. It is the successor of the former military and scientific organization, the Military Scientific and Technological Institute of Military Research. 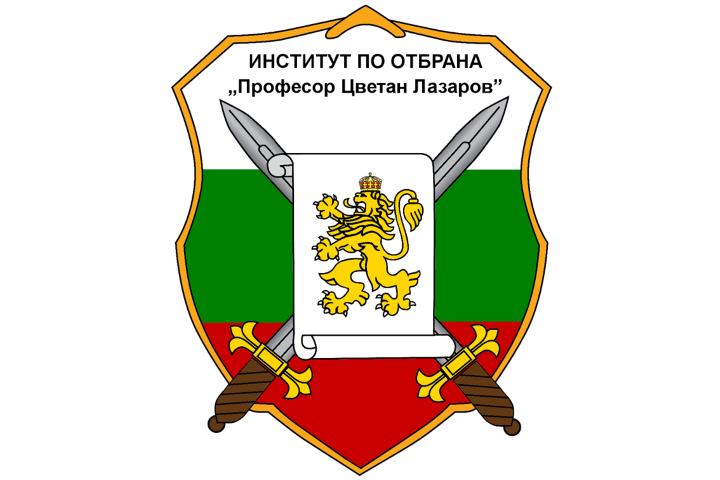 BDI leads the analysis of needs and opportunities for joint procurement. It shares expertise in the procurement process including technical and operational aspects. Additionally, BDI disseminates the results through internal channels into the Bulgarian Army and into external channels to European Defence Agency.

BDI acts as the IPNC for Bulgaria.

The Romanian Border Police (RBP) is part of the Ministry Internal Affairs and is the specialised state institution which carries out the tasks appertaining to it and referring to, among others

– the surveillance and control of the crossing of the state border, the prevention and fight against irregular migration and against acts specific to cross border criminality carried out in its area of competence,

– the compliance with the judicial regime of the state border, passports and foreigners,

– the keeping of public order and peace in its area of competence under the conditions of the law. 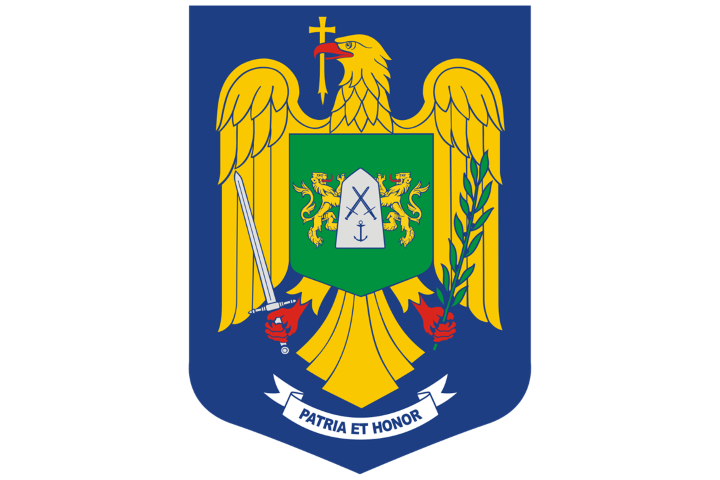 In addition, RBP contributes to the market and needs analyses.

The Department of Public Procurement (PP) of the Ministry of Interior of the Slovak Republic (Ministerstvo vnútra Slovenskej republiky, MoI) is responsible for procuring goods, services and works and for the completion of public contracts on time, to specification, within budget and without disputes. Department of PP is therefore responsible for procurement of security solutions for police, firefighters, border control and anti-terrorism unit which falls within the scope of the project.

MoI is a central body of state administration for public order, security of persons and property, protection and administration of the state’s borders, the entry to the territory of the Slovak Republic and the stay of foreigners in its territory, identity cards, travel documents and driving licenses, refugees and migrants, for the Police Force and the Fire Fighting and Rescuing Corps. 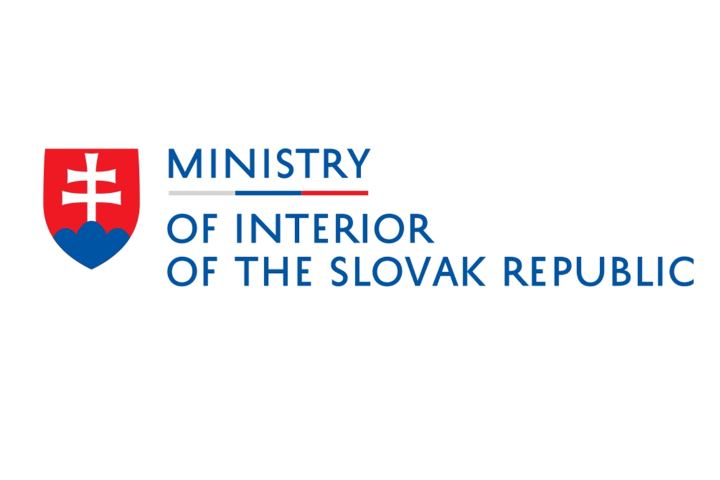 MoI acts as the IPNC for Slovakia.

Subscribe to our newsletter to be updated on project news.

This project has received funding from the European Union's Horizon 2020 research and innovation programme under grant agreement No 832875.